Fill a dictionary with properties of a class

Following scenario… you need to create a key/value configuration file within a configuration class. Properties are the Keys and their value is the value ;). Values for the properties need to be assigned automaticly when the “configuration file” is loaded, in a way that the class can be extended with new properties and no new code needs to be added.

One of the solutions I found, was to use a Singleton-Pattern with

that holds all the property keys and values.

Lets walk this through with a real life example. Nlog is used for logging. At the End you can see the whole class, but first let us go through everything step by step.

Then there is the Dictionary as <string, object> and the singleton with the private and static constructor, this is thread-safe!

The last Members are the Configurationfolder, the configurationfilename and the logger (nlog).

This year again 😉 to the nature one… 20 year anniversary 😉

will be fun, we say,
will be cool we say!

Deleted all users with Zero (0) posts ;), well at least all that I didn’t know. 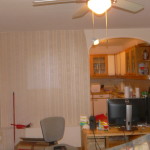 Die Antwoord – I Fink U Freeky

Update: Here is another one, from the Album $O$

Currently listening to one of my favorite djs FeiFei 😉

here is the direct link: http://soundcloud.com/fei-fei/fei-fei-feided-1032-hold-da-f

How to create a Simple “Hello Kitty” with C# (Console Application) 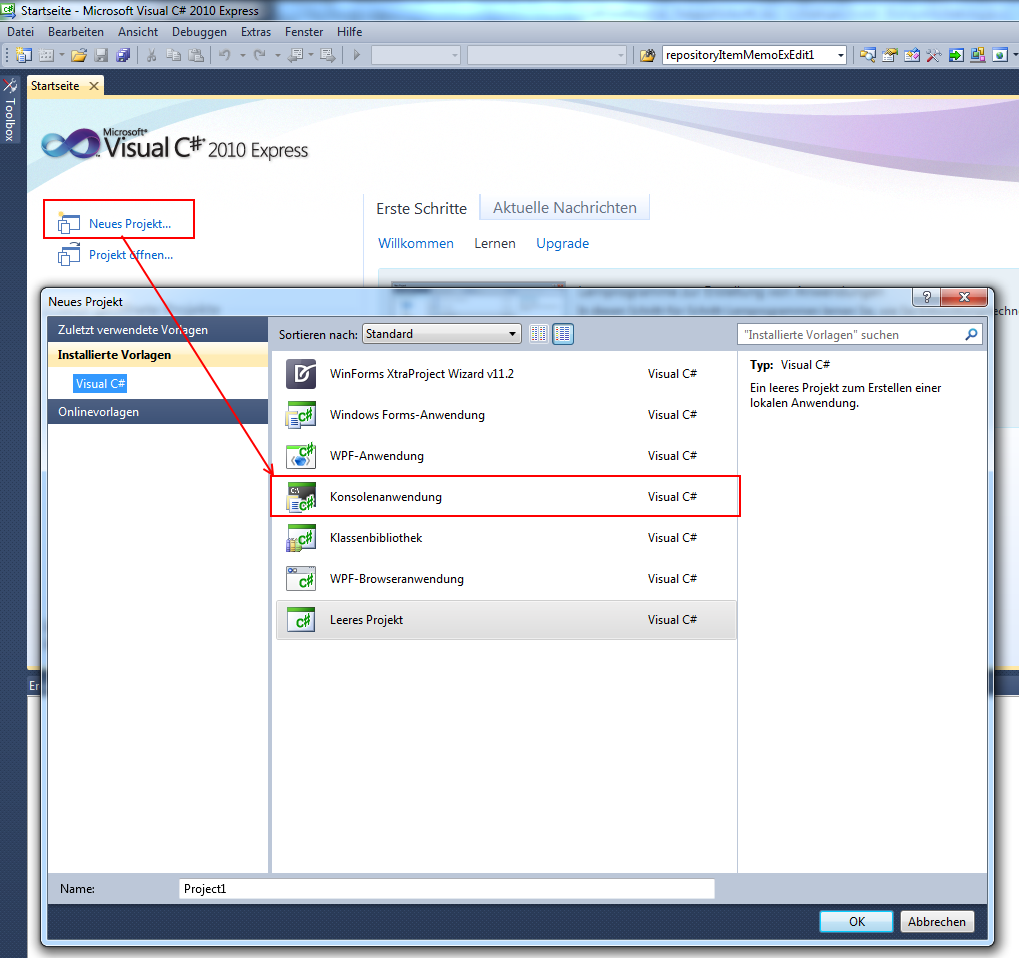 The Console Project Name can be anything you like (ex. HelloKitty)

After pressing “ok” the File Program.cs will be opened. 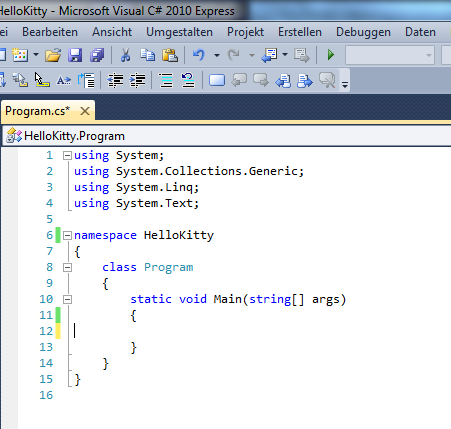 With the codeline: System.Console. you can work with the console “window”, display data, read data, etc.

To Display a normal text you use the function “WriteLine”, which writes a line of text. If you want to write just one character, you can use “Write” instead.

If you compile the program, the console window will be closed instantaneous, to prevent this behavior, we wait till the user enters at least one character.

After compiling the program, it should open a console window and display the text which has been entered after the  “WriteLine” command: